If you need a replacement wooden part for an MG, Andrew Denton can reproduce it

From a single replacement timber for a T-Type MG, to a complete ash frame, Andrew can supply it. Andrew Denton started making Ash frames and parts in 1988 when he became an apprentice at Holroyd & Hall Pattern Makers in Clayton, Bradford. All items are hand-crafted by Andrew in his Yorkshire based workshop. Call Andrew now on 01757 617455 or fill in the contact form below. 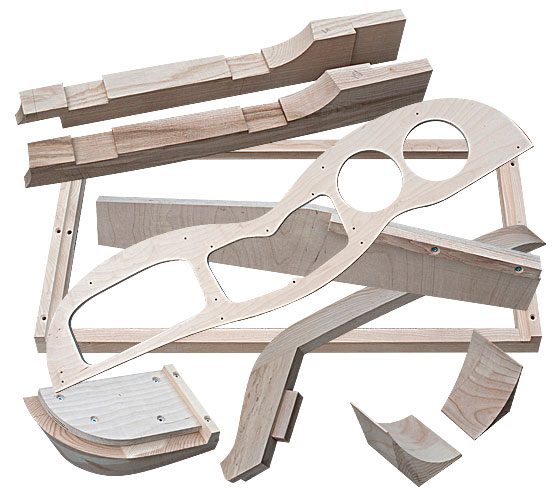 HERE ARE JUST A FEW OF OUR PRODUCTS

“I started making Ash frames and parts in 1988 when I became an apprentice at Holroyd & Hall Pattern Makers in Clayton, Bradford, under the tuition of Mr Philip Robinson. He had taught my father pattern making when he went there 33 years previous. However, I didn’t go to work for my father as he wanted me to be taught by Mr Robinson, who would ensure that I would learn the trade correctly. Philip didn’t retire until I had completed my apprenticeship.

Holroyd & Hall supplied ash parts to Moss, Naylor Bros and Hutson Motor Company. Sadly, when Naylor Brothers got into difficulties over the Naylor TF1700 it affected Holroyd & Hall. Hutsons bought Naylor Cars but soon realised that the brains of the operation were at Holroyd & Hall, so Philip Robinson was bought out and we became part of the Hutson Motor Co.

At 22 I left Hutsons for a change of career but I kept my hand in at pattern making by doing jobs at my father’s pattern shop. Philip Robinson went there for a short time, to bring the standard of pattern making back up to how it should be.

In 2001 my father retired and Airedale Pattern Co shut down. I would still see Philip Robinson regularly as he had started building a 1955 TF from scratch; new chassis, bulkhead, everything made brand new.

I spoke with Philip a in 2015 about starting with the T-Types again, but at 85 he said he was too old. However, he said that he would help me in whatever way he could. So, I set up a full working Pattern Shop”

How To Find Us